Tipping in New York or rest of America, it is generally 15 to 20% of bill. Travel with some cash, as it means you can easily tip your taxi driver, porter or waiter.

Tipping in New York or rest of America, it is generally 15 to 20% of bill. Travel with some cash, as it means you can easily tip your taxi driver, porter or waiter. 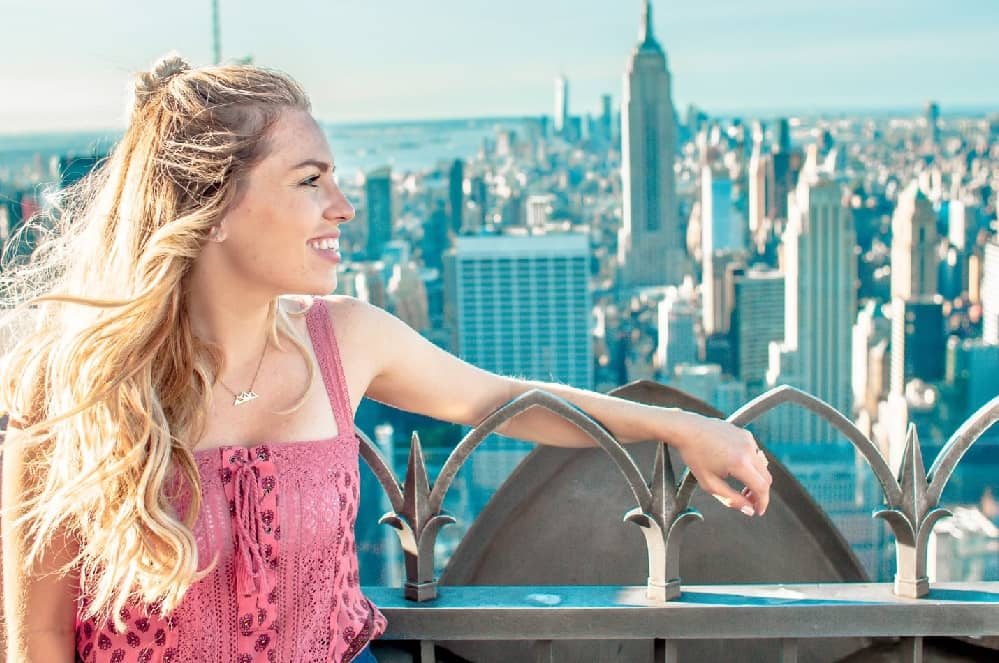 Before you visit NYC, it’s important to understand the American tipping culture.

Why is tipping in New York so important? Well it supplements the waiter’s wage and incentivises them to provide a great service.
It’s a good idea to carry some dollars on you for tipping.

If you are travelling to New York soon, check out our What to pack for New York guide and don’t forget to buy your US Dollars online for our best rate.

Tips on tipping in New York:

Our guide will answer your questions like When and How much to tip?
You’ll be tipping like a New Yorker in no time.

How much to tip a waiter?

The customary tip of 15-20% is recommended and if it’s a high end restaurant you should lean more towards the 20% tip.

On average a three course meal for two People in mid-range restaurant costs about 80 dollars(*) so with a 20% tip of 16 dollars, the total cost would be 96 dollars.

How much to tip a bartender?
When tipping in a bar, our guideline is to leave a dollar per drink or to tip 15 to 20 percent of the tab.

On average a pint of domestic beer costs 7 dollars(*) with a 1 dollar tip for a drink so the total cost would be 8 dollars.

However if you’ve ordered a fancy cocktail that a mixologist has spent a few minutes making, a larger tip is recommended.

How much to tip hotel staff?
There’s no way to say an exact amount to tip all hotel staff. Tipping is at your discretion and it depends on the service you received, below is a guideline only.

How much to tip a taxi cab?

For a short journey, we’d recommend tipping a couple of dollars but for a longer journey you should tip 15 to 20% of the fare.

If you are using a taxi app such as Uber you can pay for the tip using the app.

Taking a tour of city is a great way to explore your surrounding and to gain some local insight and knowledge. How much you tip the tour guides depends on a number of factors from the length of the tour, the size of the tour group and if you enjoyed the tour. If you’ve been on a day long tour consider tipping at least $ 10 dollars or 10 to 20% price of the ticket.

Visiting a day spa while in New York and wondering what the tipping etiquette is? It’s standard to tip 15 to 20 % of the total bill. So if your massage comes to $120 you should leave a $18 to 20 dollar tip.

How to calculate the tip easily?

Visiting NYC soon? Don’t forget to buy your US Dollars online for our best exchange rate: